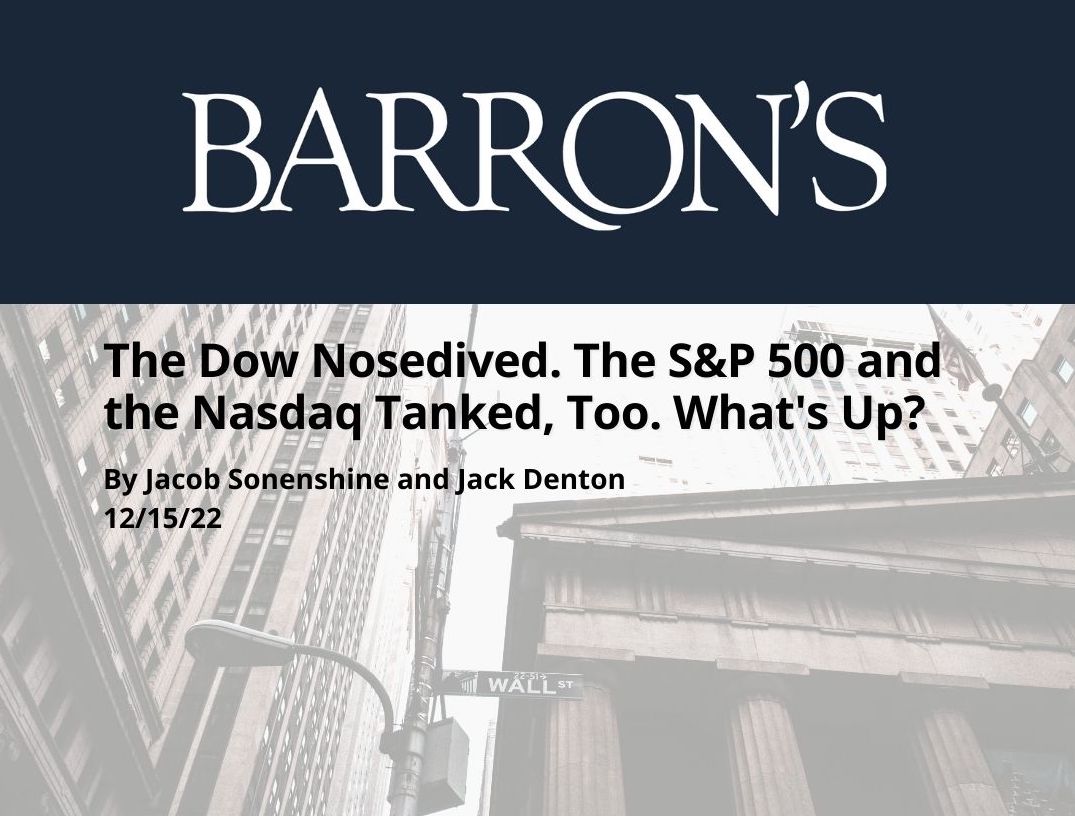 Pick a reason: a hawkish Fed, fiery inflation, recession fears, bad retail numbers, too few jobless claims. All of the above.

Chances are, though, the best guess is the Federal Reserve and its determination to bring down that scorching inflation rate by raising interest rates.

On Wednesday, the Fed lifted its federal-funds rate by a half-point. Wall Street expected the move. What the market didn’t expect was the central bank’s hawkish tone. Officials made clear that they see rates climbing to above 5% in 2023 — and keeping them there for a while. That stick-to-it-iveness unnerved investors.

The Dow Jones Industrial Average dropped 2.3%. The S&P 500 tumbled 2.5% and the Nasdaq Composite declined 3.2%. Sizable moves are nothing new: the Nasdaq has racked up 84 of at least 2% in either direction this year, according to Dow Jones market data, the most since 2002.

"The Federal Reserve remains committed to taming inflation by keeping monetary policy tight, as Jerome Powell emphasized in his press conference, which is not great news for the stock market,” wrote James Demmert, chief investment officer at Main Street Research.