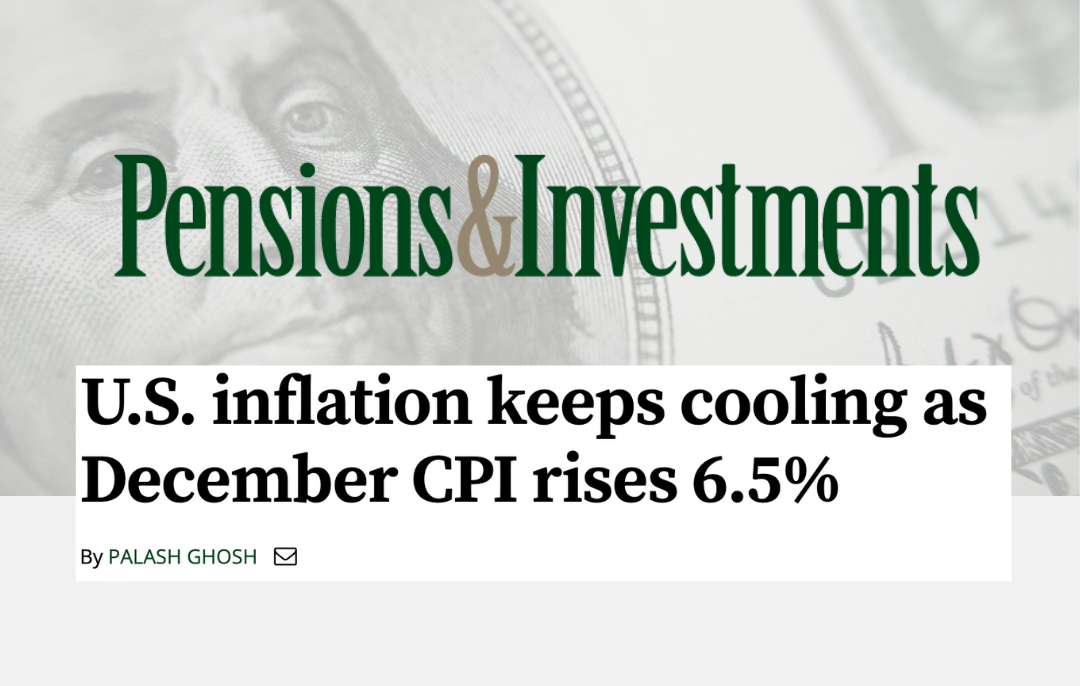 The Bureau of Labor Statistics reported on Thursday that the consumer price index rose 6.5% from a year ago in December, matching economists' expectations, according to financial data firm FactSet Research Systems, and down from the 7.1% figure from November.

The Bureau noted that the December figure marked the smallest 12-month increase since October 2021. Excluding the volatile food and energy sectors, the core CPI rose by an annualized 5.7% in December. The Federal Reserve will likely closely examine the December CPI report as it prepares for the next monetary policy meeting on Feb. 1.

The Fed's key short-term interest rate is now in a range of between 4.25% to 4.5%, after the central bank raised rates by 50 basis points at its December meeting.

However, some recent comments by Fed officials suggest the central bank remains committed to rate hikes in order to quell inflation.

In a speech in New Orleans on Jan. 6, Fed Governor Lisa D. Cook warned: "Inflation remains far too high, despite some encouraging signs lately, and is therefore of great concern. As a Fed policymaker, I am committed to bringing inflation back to our 2% goal."

In a speech in Sweden on Jan. 10, Fed Chairman Jerome Powell said: "Restoring price stability when inflation is high can require measures that are not popular in the short term as we raise interest rates to slow the economy."

Nancy Davis, founder of Quadratic Capital Management and portfolio manager of the Quadratic Interest Rate Volatility and Inflation Hedge Exchange-Traded Fund, based in Greenwich, Conn., said by email that the December report was "no surprise," but cautioned that the 6.5% annual increase is "still quite elevated."

"Markets have remained confident the Fed will be able to control inflation, but that remains to be seen," she said. "The (CPI) is just one measure of inflation, and it's calculated by the Bureau of Labor Statistics with a large component being owner-occupied rent. CPI is not the only way to measure inflation."

Ms. Davis added that while the Fed hiking rates 50 basis points in December — following several hikes of 75 basis points — was a "welcome change," she still believes the "hiking cycle has been too sharp, and the Fed is not giving the economy enough time to react." As such, she thinks it is "about time to pause the hiking cycle and give some time for the economy to respond."

Quadratic has about $1.1 billion in assets under management.

John Luke Tyner, Fairhope, Ala.-based portfolio manager at Aptus Capital Advisors, said by email that his takeaway from the December report is that "while inflation is slowing, the Fed may not be happy with how quickly it is slowing."

The real story, he added, is "whether inflation continues to grind lower to 2% or stops decreasing like we've seen the last couple months which has opened up a lot of hopes across the market that the Fed has indeed slayed inflation and it's coming right back down to their target and in turn they can soften policy — cut rates — into the soft landing."

"Though stock prices are not cheap at current levels, lower inflation will get us closer to the end of the bear market," he added by email. "Inflation and the slowing economy will be a big focus for investors during the upcoming (fourth quarter) earnings reporting season. Investors should be careful about investing in sectors that are negatively affected by inflation, a slowing economy and high wages, such as technology, telecom and consumer discretionary."