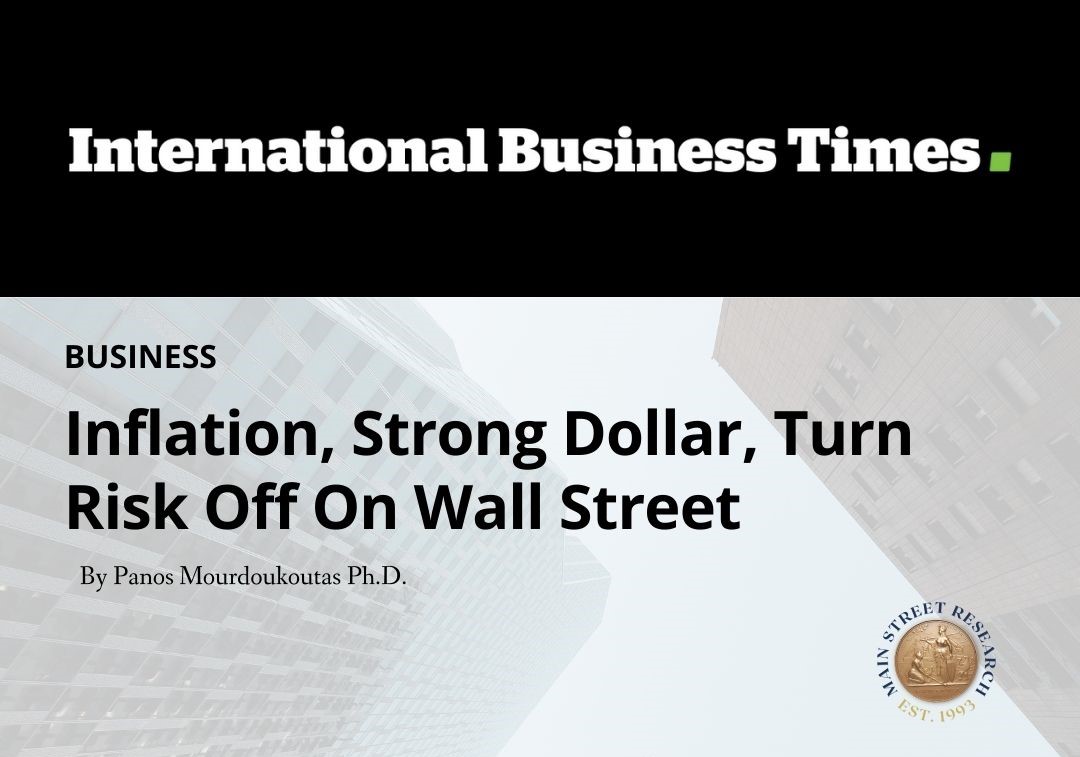 MSR in the News | Inflation, Strong Dollar, Turn Risk Off On Wall Street

An unexpected rise in August inflation pushed bond yields and the dollar higher on Tuesday, turning off risk on Wall Street and ending the bear market rally seen in the last four trading sessions.

According to the Bureau of Labor Statistics, the Consumer Price Index (CPI) — a measure of the nation's cost of living — rose at an annual rate of 8.3% in August. That's below the peak of 8.5% in July but well above the market expectations of 8.1%. The miss is due to the persistence of food and shelter price hikes and a pick up in the price of services like medical care and education.

Meanwhile, core CPI, which excludes food and energy, came at 6.3%, well above the 5.9% markets have expected, suggesting that inflation may stay elevated even if food and energy price hikes ease.

That's not good news on the interest rate front, as elevated inflation could support and reinforce the Fed's hawkish stand. And that means higher short-term interest rates for an extended period, and an inverted yield curve, as the higher interest rates will eventually push the economy into a recession.

The news of the elevated inflation and the expectation of higher interest rates helped the dollar resume its rally, which is terrible news for U.S. multinationals with a significant overseas presence.

Wall Street went into a report with traders and investors thinking that the inflation surprise would be positive rather than negative. Thus, the bear rally was seen in the previous four trading days and the selloff across every asset category that followed the release of the August inflation report.

James Demmert, the Managing Partner of Main Street Research, thinks that the hot August inflation numbers confirm that the Fed is "behind the curve," and markets have misjudged the economy and the nation's central bank.

"Further interest rate hikes and a contraction in economic growth are to be expected," he told International Business Times in an email. "The bear market in equities and the bond market will continue until this data significantly weakens."

Anthony Denier, CEO at Webull, sees the recent inflation numbers forcing the Fed to raise the Federal Funds rate by 0.75bps or even 100bps in the next meeting, on the upper end of market expectations.

"Because the Fed didn't get the help it wanted, it's now almost a lock that the Fed will raise rates 75 basis points at its next meeting," he told IBT. "There are even some people that predict a 100basis point move. As a result, the market now expects the Fed Funds Rate to top 4% by the end of the year and 4.2% by April."

Derek Horstmeyer, a Professor of Finance at George Mason University's School of Business, sees a 75bps hike in September followed by another 75bps hike in October. But he remains hopeful of a better equity market by the end of the fourth quarter.

"This is clearly rough news for equity holders, especially those in long-duration assets like tech," Horstmeyer told IBT. "But despite the negative reaction, ripping the band-aid off now and getting inflation in line will probably set us up for a better end-of-year result."